Tiki is a lifestyle, mystery, iconic taste and pure joy... In the middle of 1930th Tiki had been launched as a new gastro-bar industry trend, it was definitely a completely new style for a bar culture at that time. That is why it was amazingly popular in the beginning.. However it faced several ups and down later on, every time rose up again with new generations. The idea of not only drinking and socializing while being at the bar, but also getting fantastic emotions of the atmosphere coming together with amazing service - that was the main innovation! 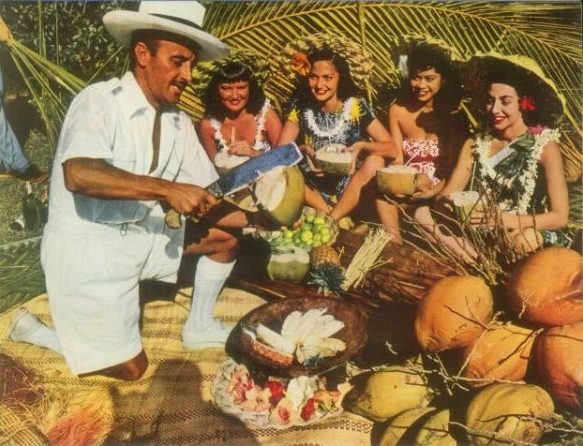 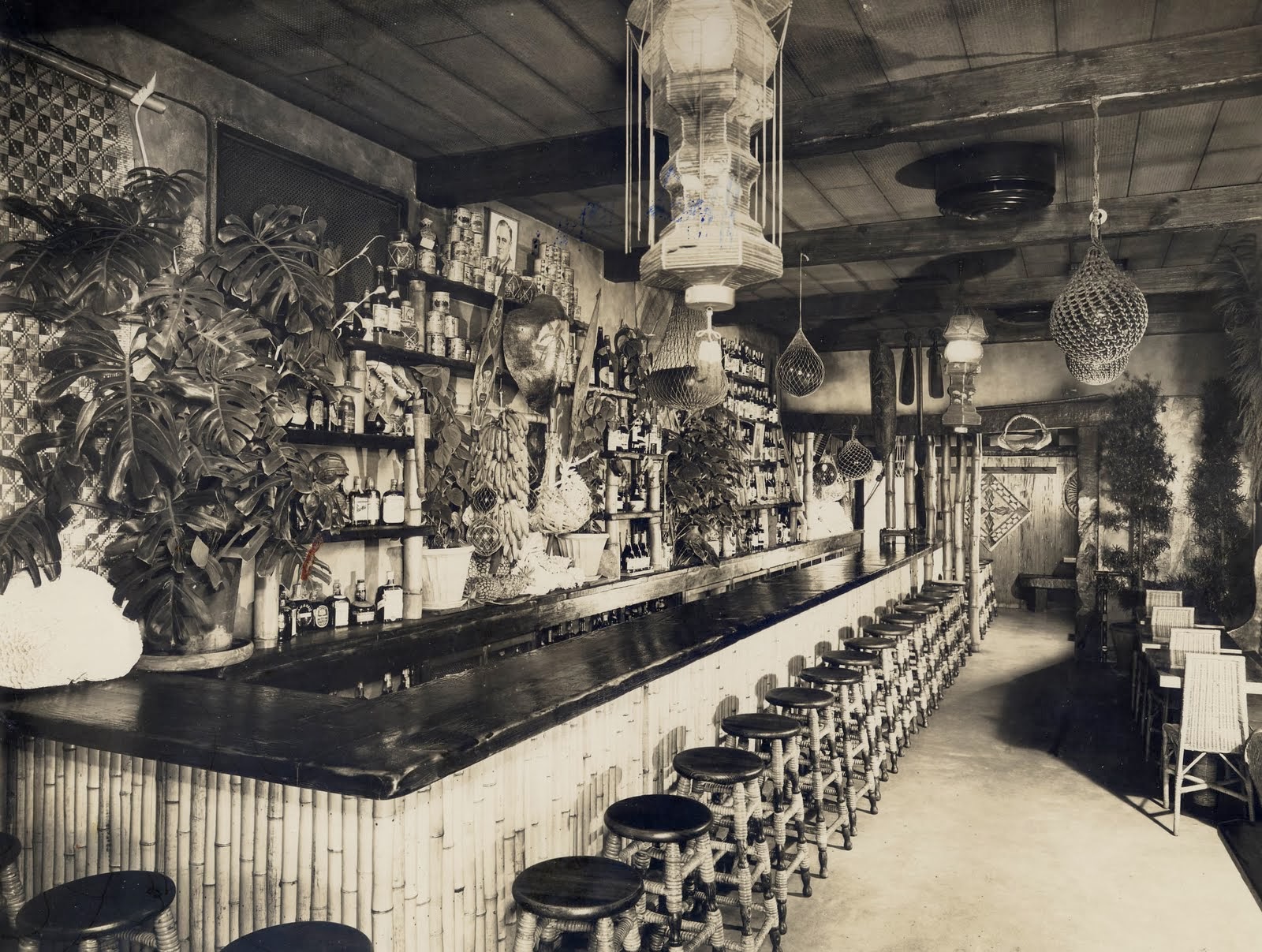 "If you can't get to paradise, I'll bring it to you"

As Don the Beachcomber, the founder of the very first Tiki-bar, used to say. It was established in Hollywood, LA in 1934th. Inspirated by the Island spirit, it was decorated with flaming torchlights, rotang wood furniture and colorful textures. Made with exotic fruit juice and rum, Tiki cocktails were served using special cups imitating idol heads.This newly created concept had great success in Hollywood straight away!

The idea of tiki bars was too good, just not to get stolen - so of course it started the expansion! Victor Jules Bergeron developed a chain of tiki-bars, called "Trader Vic". By the middle of 1950th, USA had plenty of tiki bars located all over the States.

Wall Street hunters loved to leave their offices after a hard day to get some island spirit with a glass of ice cold Mai Tai cocktail at the Bar.

Let's get deeper into the background of Tiki culture founders. Ernest Raymond aka Don Beach was born in New Orleans, Louisiana. He saved money for the higher education, thinking that it would guarantee stable life in the future for him. But life's unpredictable sometimes. So he began travelling a lot, instead of the University, that he had no more time for. He explored Caribbean islands and Islands of Polynesia all across. After he returned back to the US, he illegally sold rum

Meanwhile, his future competitor, Trader Vic, wasn't that adventurous but creative enough! Back in his childhood he lost one leg, so he used a prosthesis (just like a pirate). Try to imagine how shocked his customers were, when he stuck a real fork into his "leg"! As a part of the show he also used to tell stories, that he lost his leg during crazy adventures, sailing across oceans when he was young.

At the meantime, they created new amazing drinks, expanding the assortment of their bars. Don the Beachcomber had about 70! (Zombie, Dr. Frank, Cobra's fang etc). For instance Zombie cocktail was so strong, that Don Beach refused serving more than two glasses per person - he wanted his customers to survive after drinking, lol. 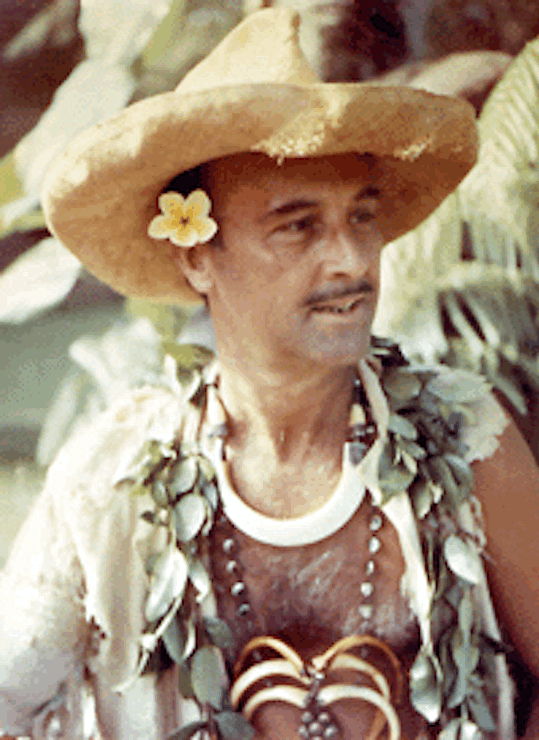 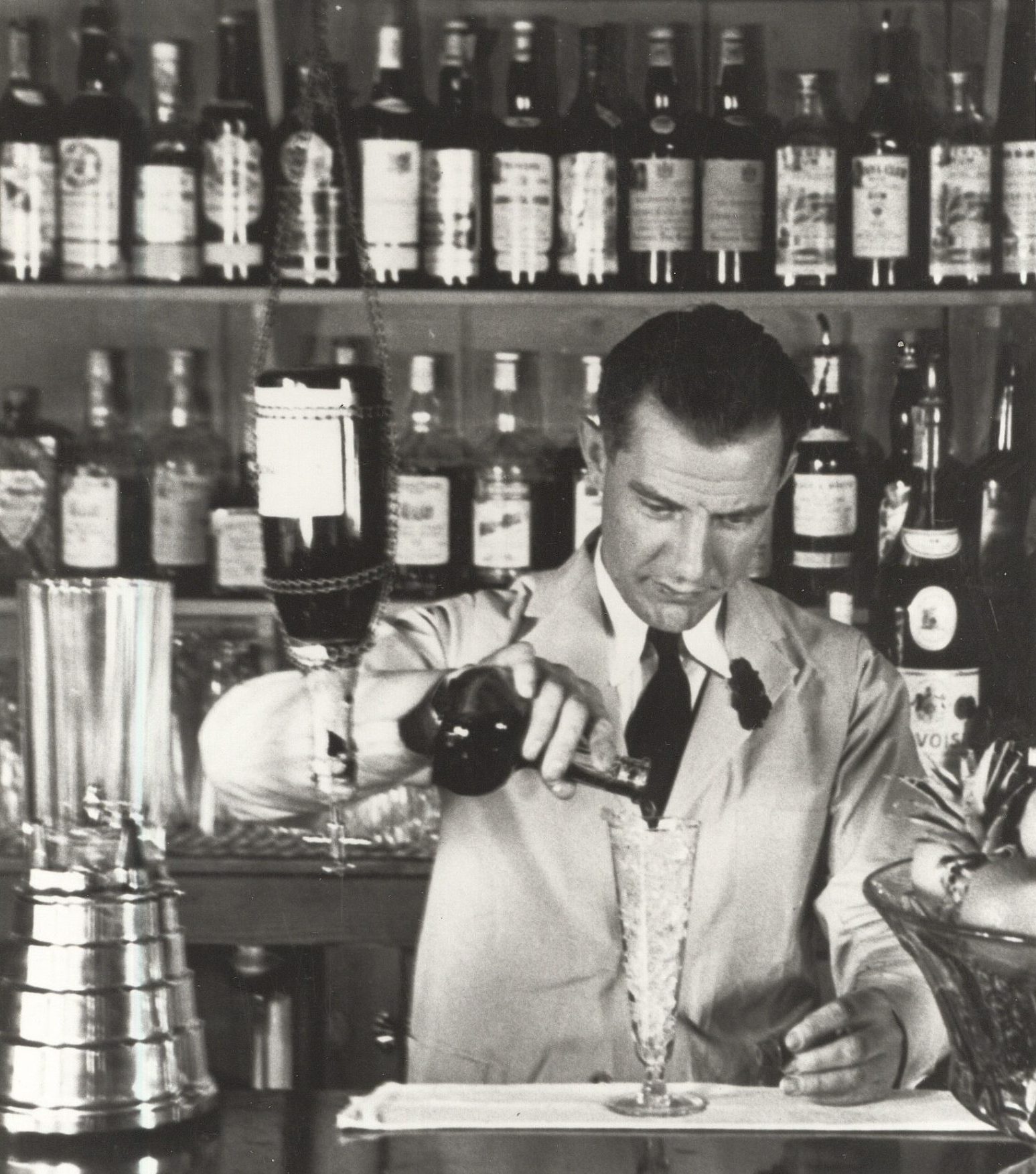 Trader Vic is known as a creator of "Mai Tai"- the unique tiki-cocktail, that was included into the IBA digest. Its recipe it is still used as one of the tasks for International Barmen contests.

Mai Tai is an iconic cocktail of 1950-1960th, while surfing became a new trend - Elvis and his "Blue Hawaii" brought this new stream into american culture. Mai Tai became a phenomenon, that inspired the entire sub-culture. It was a favorite drink of celebrities, surfers and even Hollywood stars. Later on Tiki culture expanded to London.

As it happens sometimes, after great success, there comes the period of oblivion.. That's what happen to Tiki bars and the entire tropical polynesian style entertainment industry as well. However, the revival of Tiki occurred around the Millennium - in the beginning of 2000th. Nowadays there are about 27 Trader Vic's restaurants and bars around the world, also Don the Beachcomber reappeared under new management.

At our bar we serve original recipes, that were created by the founders of Tiki - there's a huge collection of cocktails that you can try whenever you like! We'll deliver fresh island breeze right to you with a glass of the authentic Tiki cocktail. Welcome to our tropical Paradise anytime! 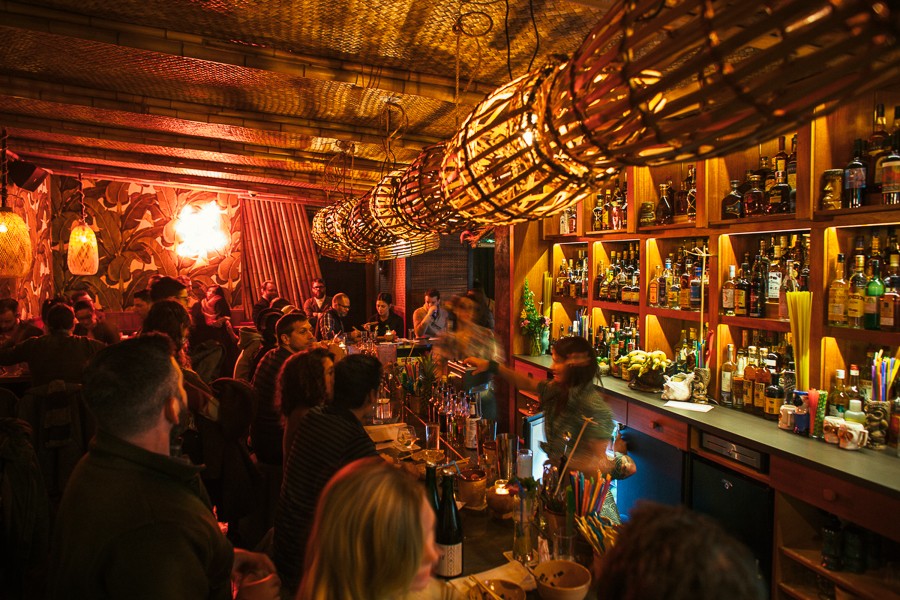